After hanging out on the Yahoo Tannoy discussion group and reading all I could find, decided to build corner York enclosures. It would be very easy now to agonise over what to build them out of and how but to make life easy, chose 25mm/1″ MDF as a starting point. 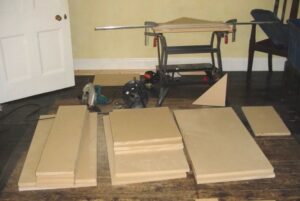 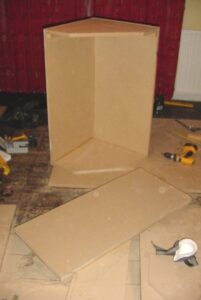 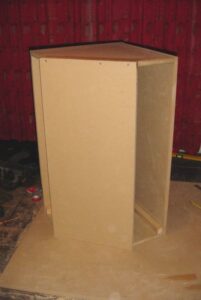 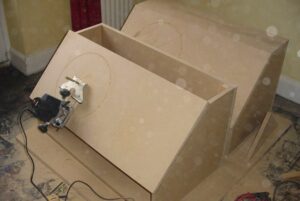 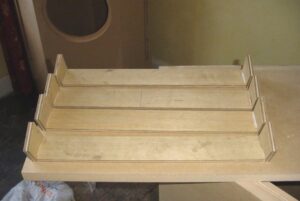 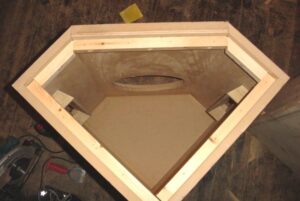 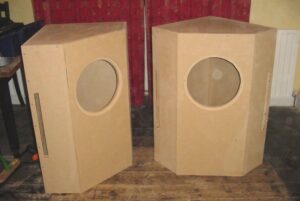 Ready to be dragged upstairs 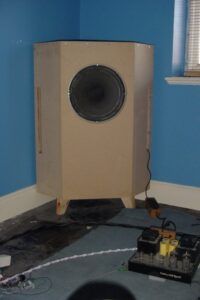 vents being glued up and then on the inside, ready to be dragged upstairs and new view from listening chair.

First impression was just how big and damn heavy these things are. Tried to drag the first one upstairs by myself fully loaded – not a good idea! The second went up empty.

It’s very early days but so far the results seem natural and pleasing. The best bit is they seem to maintain that “wholeness” of the ESLs yet have a stronger sound overall.

I’ve been amazed at how good these speakers sound especially given the signal has to travel through long lengths of rubbish multicore cable, dodgy switches and connectors. So after 1 1/2 years, it’s about time I did something about it.

First up, I bypassed the “input module” containing the switches. The HF signal, as standard, has to travel up and down a multicore cable to the crossover itself many times and through 2 switches all of dubious quality especially after all these years.

Now the signal travels from the amplifier to the crossover via one twisted pair. The massive improvement was enough to spur me on to the following:

This produced an incredible improvement and at a ridculously low cost. I used Kimber SF23+ for the HF and Kimber TCSS for the LF as I had plenty lying around.

I was surprised at how good the component quality was in the crossover given its age. First up though, the bipolar electro in the LF section had to go. I went for a VFM option here using Wilmslow Audio Supersound capacitors. The reservations I had in the bass that I had attributed solely to box boominess have largely gone. Lower register tonality improved greatly. 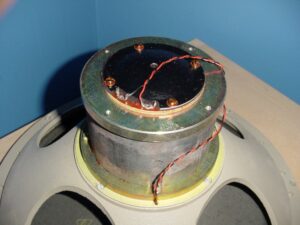 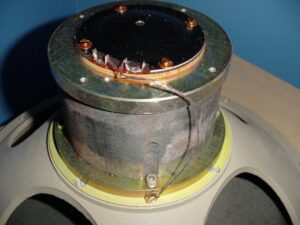 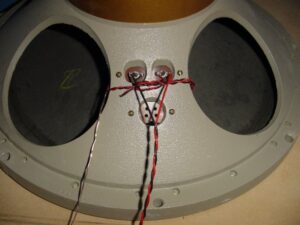 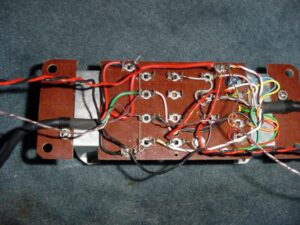